Grace Seminary Professor of Intercultural Studies Dr. Thomas Stallter recently released his new book, “The Gap Between God and Christianity: The Turbulence of Western Culture,” through Resource Publications. The book is an effort to help Christians, particularly in Western culture, to close the gap that has grown between the infinite God and limited cultural beings.

“I’ve come to own a deep concern for today’s churches, Christian schools and mission agencies,” said Stallter. “It seems we have ignored the enormous influence of culture on people and that ours has played tricks on us, invading our way of thinking about God, godliness and ministry. Not only have we been controlled by these invisible cultural influences, but they are also becoming more powerful the longer we ignore them.”
Stallter approaches the topics with a breadth of education on the topic. He has completed a Master of Theology from Dallas Theological Seminary, a Doctor of Missiology from Western Seminary and post-doctoral studies in Cultural Anthropology at Trinity Evangelical Divinity School.
In addition to his education, Stallter has spent decades observing Western Christianity in the United States and Europe, as well as non-Western Christianity in Africa, Korea and Native America. He has taught applied cultural anthropology and intercultural communication at Grace College and Grace Theological Seminary for 24 years. His experiences have shaped and informed the content of the publication.
“After ten years in Africa, I felt a compulsion to look into the ‘why’ of human behavior, not only in African life but in our American lives,” explained Stallter.  “I began to realize that you can know all the words and still struggle to create meaning across cultures. And I realized it was not just their culture that was the problem but also my own. If my culture stood in the way of understanding my African friends, was I allowing it to come between God and me in reading His Word?”
Stallter hopes that readers will be reminded that reading the Bible is a cross-cultural experience.
“In the book, I often mention our priceless freedom in Christ,” said Stallter. “I am urging us to a relevant expression of Christ that is centered on biblical truth but no longer controlled by cultural legalism, meaning the cultural restraints and obligations that limit our faith and its expression in our lives. As I have grown in these thoughts, I have grown equally in my freedom in Christ.”
Copies of “The Gap Between God and Christianity” may be purchased on Amazon as well as WipfandStock.com.
To learn more about Grace Theological Seminary, where Dr. Thomas Stallter teaches courses such as “Intercultural Communication” and “Applied Cultural Anthropology.” 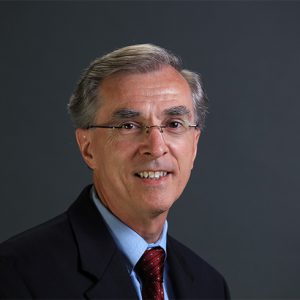 Thomas M. Stallter is Professor of Intercultural Studies . Stallter has a heart for the world and for preparing others to reach out to those of other cultural worldviews. Whether teaching cultural anthropology or world religions or even methods of social research, his real intention is to prepare students for the impact of culture on relationships and ministry. “Relating to real people in a multicultural world with a relevant message that touches both felt needs and spiritual needs is our part in the mission of God.” After 18 years of service in Africa, he has now served 18 plus years at Grace College & Seminary preparing others to take his place. “Penetrating worldviews with God’s love and grace is our purpose. His love for the world is our calling. His Spirit is our strength. His amazing grace in our lives is our motivation.”’ How Do We Know That the Gospels Show Us the Real Jesus?