Grace Theological Seminary Professor of New Testament Studies Dr. Matt Harmon released a new Galatians commentary with the Evangelical Biblical Theology Commentary (EBTC) on Dec. 1. The book traces the argument of Paul’s letter to the Galatians which reveals how Christ changes everything.

“Galatians is one of the clearest explanations of the gospel and how we should live as Christians,” said Harmon. “It also helps us understand the struggle of the Christian life as the battle between the flesh and the Spirit, while at the same time motivating us to pursue a godly life,” he said.

While Harmon officially began writing the commentary five years ago, his study of the book of Galatians has a long history.
The groundwork for the commentary was laid during Harmon’s Ph.D. program at Wheaton College in Illinois. His graduate work focused on Paul’s use of Isaiah in Galatians which allowed Harmon to spend extended time in the Greek text. Since then, Harmon has taught through Galatians numerous times in courses at Grace and at his local church.
“When I was approached to write this commentary on Galatians, I was thrilled to build on this foundation,” said Harmon. “Repeatedly teaching through the book forced me to think about how the text applies to our everyday lives as believers.”
Galatians is Harmon’s first commentary in the EBTC series, but it’s being added to a growing list of commentaries he has authored, including one for the Mentor series on Philippians and two for the ESV Expository Commentary series on 2 Peter and Jude.
Although writing commentaries is not new to Harmon, he continues to be personally challenged and encouraged by the Word of God as he dives deeper into the text.
“Studying Galatians has reminded me continually of the good news that Jesus has done everything necessary to make me right with God and even given me his Spirit to make me more like Jesus,” said Harmon.
Copies of “Galatians: Evangelical Biblical Theology Commentary” can be purchased on Amazon.
Harmon talks more about the commentary on episode 101 of his podcast: Various and Sundry. Listen at directory.libsyn.com/episode/index/show/variousandsundrypodcast/id/21395972.
To learn more about Grace Theological Seminary, where Dr. Matt Harmon teaches courses such as “New Testament Theology” and “Biblical Exegesis II,” visit https://seminary.grace.edu/. 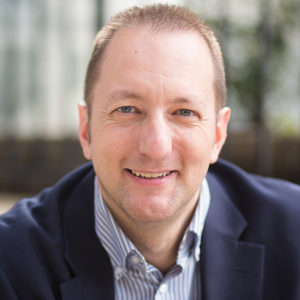 Why did God send Jesus? How do I know if I’m really saved?