The first biblical prophecy and whisper of the need for a Messiah is uttered in Genesis 3:15 after Adam and Eve chose to follow the voice of the deceiver instead of the voice of Truth. The evil one promised that their eyes would be opened, and they would be like God, knowing good and evil (Gen. 3:5). Well, that is what happened, but they had no idea what it would be like to know BOTH good and evil. They had only known good. They did not have any experience with evil—it was a foreign concept. They had no reference point to determine the price of what they had just purchased.

Deceptively, the evil one also neglected to tell them that their newfound knowledge had a steep price tag, one that they could not afford, namely death. He dismissed the reality of death that is inherently connected to life apart from God. This new and unfamiliar way of life on their own, called sin, cut them off from God who is the source of life. While they did not die immediately in a physical way, they died spiritually; and their bodies would now be subjected to the slow decline that leads to death and decay.

Their eyes were now opened to their nakedness and lack. The serpent was conspicuously silent and unhelpful as they scrambled to improvise in covering their sense of vulnerability and extreme exposure with insufficient fig leaves. Other new and unpleasant feelings pulsed through them—fear and a knee-jerk reaction to hide from their source of life when God came to fellowship with them in the cool of the day. Along with the new impulses to cover and hide, came the impulse to blame: “The woman whom you gave to be with me, she gave me fruit of the tree, and I ate,” came from Adam’s lips (Gen. 3:12). “The serpent deceived me, and I ate,” came from Eve’s lips (Gen. 3:13). And thus a trajectory of sin, separation, covering, hiding, and blaming was set in motion for the human race. The darkness of these dynamics is felt by all who are born of Adam.

The first to receive consequences for this cosmic treason was the serpent. What’s amazing, though, is that in this curse upon the evil one, embodied in the serpent, comes one of the first whispers of the Messiah, the first biblical prophecy.

“The LORD God said to the serpent,

Because you have done this,

cursed are you above all livestock

and above all beasts of the field;

on your belly you shall go,

and dust you shall eat

all the days of your life.

I will put enmity between

you and the woman,

He shall bruise your head,

and you shall bruise his heel.”

We find the New Testament writers picking up on this biblical prophecy of this One who is to come, who will be the offspring of the woman, Eve. While his heel will be bruised, He will deal a decisive death-blow to the head and influence of the evil one. These writers all point to Jesus being the One who will save people from the deadly effects of sin.

What is the work of the evil one?

Aren’t you glad that Jesus came to destroy the devil’s work and bring to us the Good News of salvation in Him?

Here is how Paul celebrated the biblical prophecies of the Messiah, known to the Greeks as the Christ:

“There is therefore now no condemnation for those who are in Christ Jesus. For the law of the Spirit of life has set you free in Christ Jesus from the law of sin and death. For God has done what the law, weakened by the flesh, could not do. By sending his own Son in the likeness of sinful flesh and for sin, he condemned sin in the flesh, in order that the righteous requirement of the law might be fulfilled in us, who walk not according to the flesh but according to the Spirit” (Romans 8:1-4).

Christ frees me from slavery to sin. So in Christ, the condemnation is now fixated on my sin, not on me. I can now obey God from the heart. Paul implies this in Romans 16:19-20 when he encourages the believers in Rome:

“For your obedience is known to all, so that I rejoice over you, but I want you to be wise as to what is good and innocent as to what is evil. The God of peace will soon crush Satan under your feet.”

Having knowledge of both good and evil is what Satan promised in the garden of Eden to Adam and Eve. The knowledge and experience of evil are what began the trajectory that is now known as life outside of Eden for you and me. But here, in Romans, Paul brings news of freedom and a new way of life that has been opened up for believers in Christ. We now have the option to walk in the Spirit, and leave behind the oppressive ways of the flesh. He affirms the believers for their obedience and appeals to them to be wise to what is good and innocent (in experience) to what is evil.

The consequences of Adam have been reversed in Christ, the long-awaited Messiah. What was hinted at in Genesis 3:15 comes to fruition through the life, death, and resurrection of Christ—and in the work He is doing in the hearts of those who follow Him. When the God of peace reigns in our hearts, He continues to deal a decisive death blow to the work of Satan in our own lives. He is crushing Satan’s once uncontested tyrannical reign under our feet as He transforms us to be restored image-bearers. The Messiah’s role makes all of this possible. What a wonderful Savior!

Are you interested in exploring biblical prophecy at a level that will equip you to lead others? Grace offers several Master of Arts programs, including Local Church Ministry, Women’s Ministry Leadership, and Ministry Studies. Learn more about Grace Theological Seminary and discover the many ways we can prepare you for ministry!

1. All biblical quotes are from the ESV translation. 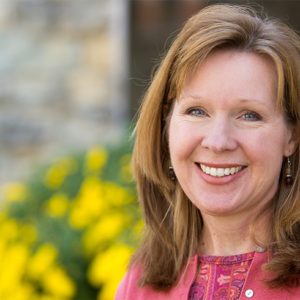 Christy Hill, Professor of Spiritual Formation and Women’s Ministries, has a passion for facilitating the holistic development of men and women into mature disciples of Jesus Christ, who are transformed by the experience of God’s love and truth. Saddened by the discrepancy between accurate theology and a living faith, she seeks to help her learners acknowledge that their operant belief system (behaviors, values, attitudes, motives) reveals their true beliefs. She then seeks to aid spiritual formation by resolving the gap between one’s professed belief system (correct theology) and actual beliefs. The Quality and Effectiveness of an Online Ministry Degree